In preparation to our annual Kids Fishing Derby, Scott Lake was stocked today. We are closing access to the dock to discourage fishing between today and the morning of 5/21. Please refrain from fishing during …

Clean Up Day at the Park

Come Rain or Shine! SLMC is sponsoring a Parks & Recreation Event! May 15th 2022, 1-4 pm.   There will be snacks provided.  It’s a great day for families. Bring garden gloves and the kids. We …

The water break has been fixed. As we’ve said, it’s not necessary to do a boil water notice. This is because we didn’t have to depressurize the system. If you notice some air in your …

Once a year the SLMC Board of Trustees meets to share the past years events, accomplishments and hurdles. We’ll also share our visions for the coming year. Traditionally, this is also the time where we …

We’ve completed the budget details with explanations of the categories, a Q&A section and a future outlook of SLMC finances. If you have any questions, please refrain from turning to social media because they won’t …

As mentioned in the newsletter, NWS(Northwest Water Systems) have enabled the ability to pay your water bill with EFT/ACH. This is a no charge to you service. You can download the form here. Once filled out, take to the office.

It is with great pleasure to announce this years Easter Egg Dash. Provided by Happy Feet Playgroup with generous help from the SLAMS Club. A huge shout out to Stephanie Stender for driving this event from the ground up.

It’s happening on April 16th at 10:30am. There will be over 3,000 eggs in the field and more prizes in the community center.

Please consider purchasing a raffle ticket for one of the great baskets on the day of the event. All proceeds raised go towards next years Easter Egg Dash. Tickets will be 1.00 each or 6 tickets for 5.00.

It’s been since 2019 that this event has happened, so please come out and greet your neighbors both old and new.

Note: The last newsletter didn’t have all the detail that is in this post and also had some incorrect information. Apologies to the Happy Feet Playgroup for not taking a more thorough effort with this notice.

We’ve reached that time of year to hear from you, our community and the potential Trustee Candidates. If you’re interested in running for the Board to serve this great community, please contact the office. Be prepared to provide a photo, resume and any proxies to be verified prior to the vote counting.

We will collect the list of candidates and make it available to the community. The ballots will be sent out at the April billing cycle(end of April).

Candidates, the deadline for entries is April 21st. This is to put together a bio and add to the ballot prior to printing.

SLMC in accordance with State mandates has lifted the mask wearing requirement until further notice.

This meeting will be conducted both in person and via Zoom.

Please visit our SLMC Events Calendar for the Zoom information.

The agenda for this meeting has been posted.

Update: The break has been isolated and water is back on. Also, no boil notice will be required.

There is a water repair happening today for 3 hours and should be finished by 1pm. The affected residents are on 114th Way only, approx. 17 homes. They will experience a water shutdown during this time. We’re not aware of any required water boil notice. We’re waiting to hear from the repair technicians to determine if a boil notice is required. Please stay tuned for another message regarding the boil notice. We’ll let you know either way.

If you have further questions, please call the office at 360-352-4787 or send an email to office@scottlaket.net

Thank you and sorry for the inconvenience.

Tomorrow at 2am, we turn our clocks forward 1 hour. If you’re one of those proactive types, do this before bedtime tonight.

Some technology will automatically take care of this, such as your phones, tablets and computers, but the appliance clocks and wall clocks and watches might need a manual adjustment.

For the month of March, SLMC will be conducting a coloring contest.

It will be judged by SLAMS, HERS and the GARDEN CLUBS. The theme is Easter or
spring.

Timeline for submissions is March 1-31.

You choose your art from anywhere, internet or book. All original forms of coloring, pencil drawing, etc will be considered.

Submissions should be no larger than 8.5×11. We will display the artwork in the Community Center. It will be organized by age group.

Each age group will receive a prize for first place. You can email your art to office@scottlake.net or bring it into the office.

* WHAT…Urban area and small stream flooding caused by excessive rainfall is expected.
* WHERE…Portions of northwest Washington and west central Washington, including the following counties, in northwest Washington, Grays Harbor, Jefferson, Kitsap and Mason. In west central Washington, King, Lewis, Pierce, Snohomish and Thurston.
* WHEN…Until 700 AM PST Tuesday.
* IMPACTS…Streams continue to rise due to excess runoff from earlier rainfall and continued rainfall. Expect many areas of slow moving or standing water and some flooding.
* ADDITIONAL DETAILS…- At 859 AM PST, Doppler radar and automated rain gauges indicated heavy rain. Flooding is ongoing or expected to begin shortly in the warned area. Between 1.5 and 3 inches of rain have fallen.

– Additional rainfall amounts of 1 to 3 inches are possible in the warned area.

There are sand bags at the Community Center. You can grab more from 10828 Littlerock Road. The main driveway to the back of the building. 24/7 for your convenience.

This meeting will be conducted both in person and via Zoom.

Please visit our SLMC Events Calendar for the Zoom information.

The agenda for this meeting has been posted. 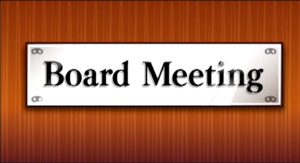